I've never ordered meat online as I'm one for a good old eye up and fondle of produce before I exchange any of my hard earned readies.


Lately I have been at a lose end when trying to find a good chorizo as the usual ones I come across are far too fatty/salty/harshly spiced and seem to rely on either far too much cheap paprika, giving them a bright orange appearance and tinny taste. Or rely on bunging in salt, spice and food colouring teamed with soft, poor quality meat that produces a salami of dire qualities that is worth nothing other than throwing in the bin (which is a insult to the poor carcass that was used to make such an abomination). Most chorizos carried by the big four supermarkets; even those carrying the supermarket's own luxury brand, fall into this foul category.


(NB - this does not apply to the wonderful Joselito Iberico Chorizo picked up in Harvey Nick's Food Hall earlier this month - unfortunately I don't own an oil field or have Daddy's millions to support regular visits there).


Having failed to source anything edible I turned my attentions to the faithful companion of the digital age - t'interweb thingy, and thanks to North West Chefs came across online farmer's market Paganum.

I chose the original chorizo, made with local freedom food pork, smoked Spanish paprika and aged for a minimum of three weeks. They also make a piccante (spicy) version, but I played safe as I wanted this to be a multi-use salami capable of being eaten on its own or used in various recipes.


The chorizo arrived vac packed and the boy and I couldn't wait to tuck in - we instantly made a 'bits and pieces' (see Butler's cheese post for explanation). The chorizo was finely spiced with a sweet and slightly smokey taste. The paprika wasn't overpowering and allowed the delightful porcine flavours of good textured, quality meat to shine through. The chorizo used a good ration of fat to meat, adding a delightful sweetness without leaving a layer of grease in the mouth. 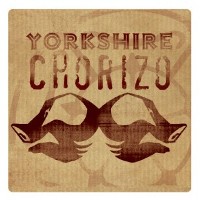 The flavour of the chorizo is subtle at first but soon picks up. What is delightful about the product is that it allows for the flavour of the meat to be heard along with the other ingredients.


This is not just a chorizo for eating, we used it across a broad range of recipes including roast potatoes, frittatta and pasta - and in each incarnation the chorizo shone through and complimented the dishes. Unlike one of the supermarket versions, Paganum's chorizos use of quality meat meant that as well as a smokey Spanish flavour, a wonderful piggy taste was added to the dishes - and everyone knows that a bit of pig is always a wonderful addition to any dish. Paganum's use of more meat, rather than more fat, also meant that dishes weren't swimming in a layer of orange grease - great!

Paganum's is not just a purveyor of a good chorizo, they also supply fresh meat, offal and sausages, plus can be hired out to provide a hog roast for your various functions. The price of their produce isn't cheap, but can be guaranteed to be sourced from local farms with high welfare and good husbandry techniques; plus postage is free and only takes 48 hours, so it's a lot better than some other mail order companies. And good news for all you mutton lovers - Paganum's stock Bolton Abbey mutton too, so if you have super problems (like me) sourcing it locally, you can get it here. One other great feature of the site is their meat boxes - think veg box, but full of everything a family of carnivores could devour in a week.


Whilst Paganum isn't cheap, it's a great site for well-sourced meat, especially if you don't have a good local butcher or like me can't track down a decent chorizo or a leg of mutton for your Sunday roast.

Please note, I was sent this sample gratis, but was under no obligation to say nice things.
Posted by Unknown at 20:25