Here's another blog about cake. Yes indeed, it really is another blog about cake. I realise I might talk about cake a lot and often blog about it too, however it's a) nearly Mother's Day (good reason for cake) and b) I've found someone who makes really ace cakes. Not cupcakes, not cake pops, not homemade lumpy things or twee sugar craft flowers; but the most imaginative cakes you could think of and even some you can't!

I thought I'd have a chat with the talented Andy Nuttall and see where he gathers his inspiration from and what it's like to be a budding baking genius (and where we can get our hands on his designs). 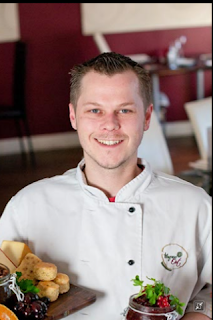 Andy Nuttall - minus a cake
How did you get into baking?
I started baking at a very early age, my Auntie Lynne always baked for the family (and she is amazing!) - I was lucky and always had a great birthday cake, it seemed to me that this could make or break my party when I was a kid. Baking as a kid meant I could make a mess with ingredients and got to lick the spoon at the end - I mean, which kid doesn't like liking spoons? It wasn't just baking - fresh ingredients were a big thing in my house when we were growing up and I was always encouraged to use them, trouble is I started using the lot! (Andy is a chef at Southern Eleven when he's not creating cakes - ed).


What's cake making about for you?
Making/eating cakes and sweet stuff is what my childhood was about and I’ve been lucky to carry that passion and enjoyment into my adult life. Baking has allowed me to channel my creativity - the sponge is my canvas and the fondant is my paint. The other great thing is that my two beautiful daughters are able to get involved - they show loads of interest (and yes, just like me, they love to make a big mess!). One of the best things is that if you make a mistake you can eat it and nobody will ever know. I’ll spend till 4am on a cake, even after a 13 hour shift in the restaurant kitchen because I love it, the creativity and the feeling you get when you reveal it. I made a replica of an 18 year old’s bedroom and when I delivered it his Mum cried with joy; I had no idea my work could touch people like that, it’s a great feeling. 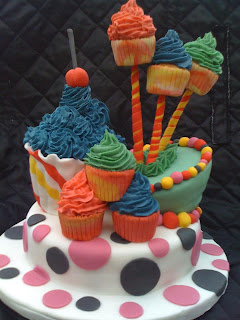 Fancy a cake? Or three!
Is there someone who influenced/inspired you?
From an early age I was influenced by my family and also through school, I had an amazing Home Ec/Cooking teacher called Mrs Thornton, who was passionate about food and just loved to teach – this really rubbed off on me. From there I went to Blackpool College and they lined up the opportunity of working in some pretty cool kitchens such as Buckingham Palace, where they had this really flamboyant pastry chef. He knocked out things I’d never seen and as a 17 year old and this really fired me up. From there I worked at Paul Heathcoat’s in Longridge, a two Michelin star kitchen where I was actively encouraged to play with food and experiment with the puddings.


Was it cakes first and then sugar craft, or did you know you wanted to make really pimped up cakes?
Cakes are the easiest way for me to bring my ideas to life, however the sweet stuff has always attracted me; from simple bread and butter puddings to homemade ice creams. I’ve always made cake but have only recently come to cake creation as the knowledge I’ve learnt as a chef has allowed my ideas to become reality. Having kids started me with the sugar craft as it’s just like an adult version of Plasticine – it really gets the creative juices flowing! 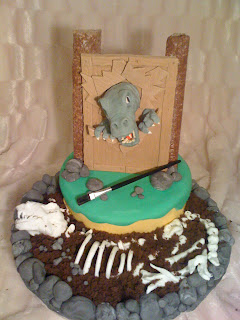 Grrr!
Is there a reason for such inspired cakes or is it just what your customers ask for?
I get so bored of seeing the same kind of cakes everywhere, the same cakes being reproduced year after year. I want to make cakes that are personal and have some kind of meaning. You won’t see me making a flat white cake with happy birthday scribbled across it, which can be knocked up in an hour. If you want that, then get down to the supermarket because I’m not what you’re looking for.


Where do you get the ideas from for your designs?
I often visit art galleries and find inspiration for ideas; I look also around and take note of what’s around me on a day to day basis, simple things like buildings can just spark me. I seem to look at objects now and break them down into separate parts, almost deconstructing then reconstructing them in my mind. I also take inspiration from my clients, so you could say I was inspired by them, I just channel them in a very creative an unusual way. 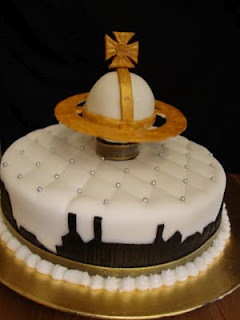 What’s the artistic process like?
When I’m asked for a cake I want to know everything about the person it’s for to get an idea of what makes them tick so I have an initial consultation where I find out as much as I can about the person and ask lots of questions, some of which are not even related to cakes. Then I research as much as possible, draw out some sketches and make mock models of the final cake. It all helps to iron out any problems with the design. Sometimes people will come with a very bog standard idea and the end result will be totally different once I’ve seen what they’re like and explained just what it is I can achieve for them.


Have you ever been asked to do something really weird as a design?
Yes, there have been some very strange requests, such as a unicorn with a badger’s head and I’ve also been asked to design a few ‘adult’ cakes (but only for the over 18s!). I prefer designing and making the stranger cakes, it’s what I want to do. I do have some crazy ideas locked up inside my head for a rainy day – like a flying wedding cake! I’ve got some really out there ideas for that one!


What's been the most difficult design for you to do? Why?
Definitely the Apache helicopter; I made it 3 times before I was happy with it. As the client worked on one I to research it inside out, it had to be spot on. Making it was hard going as it was almost if it didn’t want to be made – parts not fitting together, rota blades flopping and the tail snapping were just a few of the problems. Luckily I got there in the end (I’m not one to give up) and the client still has the Apache part of the cake on his desk, which makes me very proud. 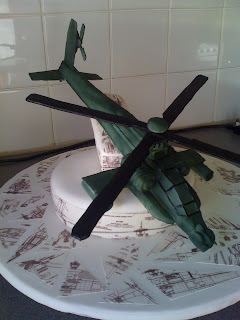 The complex Apache cake
I also struggled with the Bolton Wanderers’ Reebok stadium because of the sheer amount of engineering in the building; but I learnt a lot of skills and cake decorating tricks, so it was a really enjoyable process. The original brief had been for a basic BWFC logo on a flat cake, however you know that I don’t do those! But by far the most difficult cakes have been for my two girls. They’ve not been amazingly difficult, a fairytale castle cake and a make up bag, but they are the most important and hardest critics I’m ever going to come across. I’ve made a rod for my back though as each year I have to make a better cake than the year before!

Where can we get your cakes from?
Just from me, I don’t sell through any shops and don’t have a studio yet (thought that’s a plan for the future). I’m local to Bolton and will deliver locally (and further afield for an extra charge).

You can contact me through: Facebook or Twitter. Or drop me an email on anuttall79@gmail.com.
Plus check out the blog for up to date pictures of my latest creations.

Look forward to creating something as crazy as you! 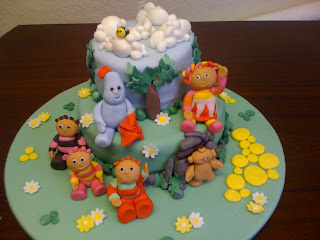 Please note - all photos are courtesy of Andy Nuttall so please ask him if you would like to reuse them.
Posted by Unknown at 17:55