Mince Pies - which should you buy?

It's ten days until Christmas and for those of us who live to feed others, but are too disorganised to have bulk bought in October, our thoughts now turn to what we should be stocking up with for the upcoming present-swapping and over-indulgence festival.

I will openly admit I'm not usually one for mince pies - I find the anaemic pastry and over-sweet filling an empty waste of calories. In contrast to this sentiment, after seeing some cute bite-sized ones in Booths, which turned out not to be so terrible, I decided I'd get all festive and conduct a taste test.*

Do you agree with my bold statements of taste? Comment below, let me know.

Please note, this isn't an exhaustive list of mince pies on the market, it's just a list of ones I came across on my travels and made my office taste/comment on (thanks guys).

Mr Kipling - £1.90 for six
I think Mr Kipling should stick to making cakes and leave pies to someone else. These mince pies were the everything I remembered with such distaste from childhood. Very sweet, almost undercooked, thick, soft pastry with a nondescript 2-D filling (of which there wasn't much).
Good for - a party where no one is eating or has any tastebuds.
3/10

Asda - £1 for six
Another pack of incredibly sweet pies that didn't even have as much taste as Mr Kipling's previously mentioned delights. At least the pastry was brown on these ones. Massively under-filled too (my cutting open has distorted that in this picture).
Good for - serving to people you hate and whom you want them to know that you hate them.
4/10

Asda Iced - £1 for six
By adding icing to the top of their mince pies Asda manage to hide many of the sins of their standard one. I concede that adding icing is a) nontraditional and b) makes them even sweeter, but there are many positives that arise. Firstly there's a third less of that disgusting pastry, secondly the sweetness of the icing brings out the bitterness of the filling, making it slightly less 2-D and lastly by adding icing you don't notice how little filling there is. If you're stuck between Asda and Asda iced, pick the iced every time.

Good for - kids, those with an overly sweet tooth, those who don't like mince.
5/10

Tesco Traditional - £1 for six
Being a bog standard box of mince pies, I didn't hold out much for Tesco's offering, however I'll admit I was wrong. Whilst not the best pies I tasted (keep reading for that revelation), there was a good tart bite to the filling and the pastry, whilst a bit thick and clunky, was slightly browned with a crisp bite and biscuit-y taste. The star on top is a nice addition.
Good for - catering to a large crowd whom you want to please, but with limited budget.
6/10

Sainsbury's All Butter Taste the Difference - £2.50 for six
The tasters were split with these pies - 50% thought they were amazing and 50% thought they were barely better than Asda's. The pastry wasn't as lack lustre as Asda or Mr Kipling, however still pretty thick and bland-ish. The filling was rather on the wet side and slightly too sweet, however it was perked up considerably by how orangey it was.
Good for - orange-o-philes
6/10 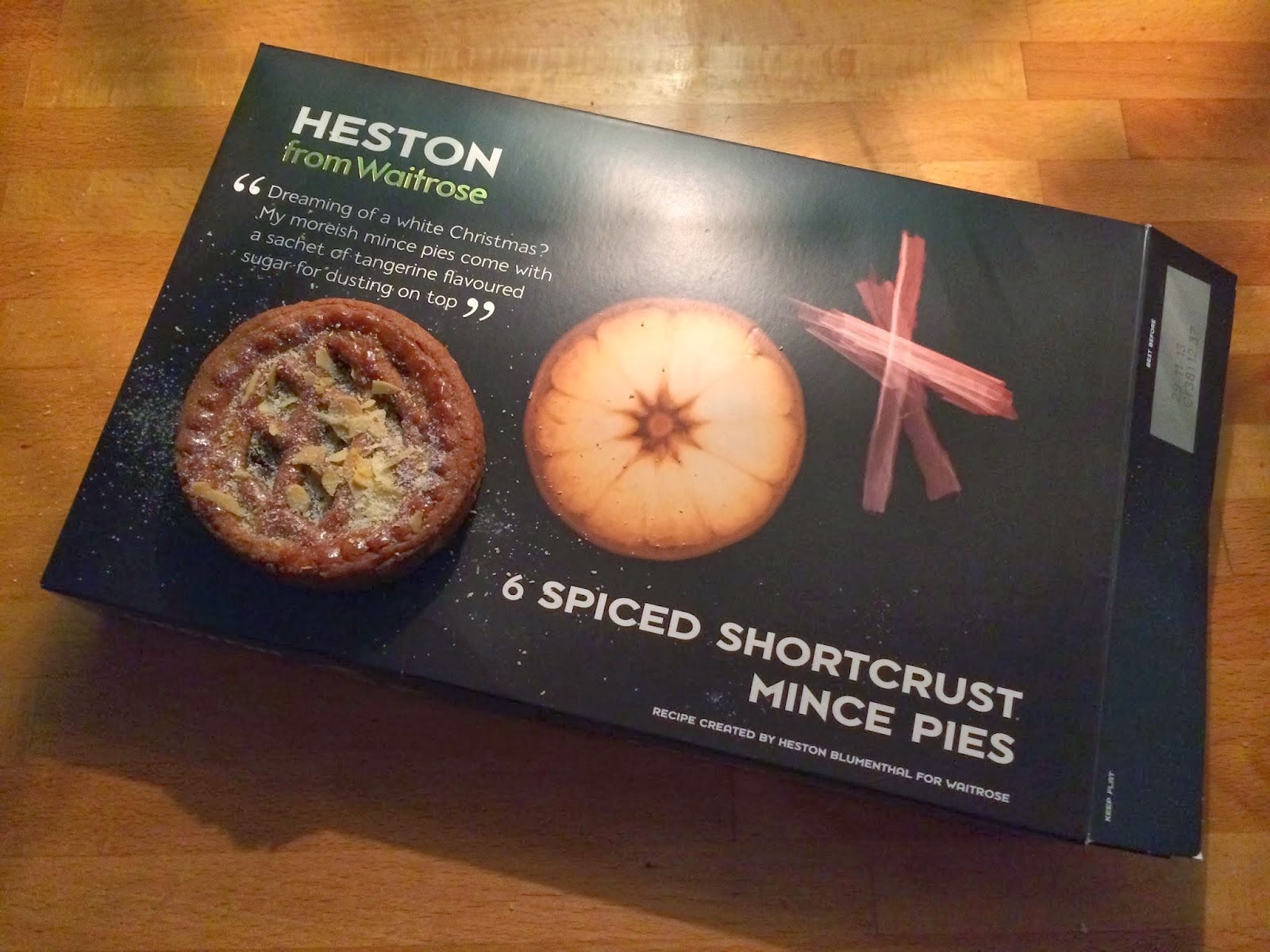 These were the most expensive pies we tasted and we expected (in addition to them being emblazoned with a celeb chef's name) that these would be the best. Heston's pies don't look like your traditional mince pie, they're more of a latticed tart with a very dark, heavily spiced pastry, which some of us found over-whelming as it left an almost medicinal after-taste on the palette. The pies are flatter than usual (almost like tarts) and because of this the over-spiced filling is quite thin. They're different, which is good, but just don't eat them thinking they're a mice pie, or you'll be bitterly disappointed.
Good for - showing off when you have your foodie friends over or for people who hate mince pies.
7/10

Marks and Spencer All Butter Classic - £2.99 for six
Good looking, well-balanced pies from the high street. The pastry is crisp, biscuit-y and thin with a luxurious taste from the butter. The filling is slightly sweet, but there's a tart edge with plenty of spice, so you don't notice it. The pies are well filled and the filling has plenty of fruit chunks for texture. The pie itself felt light when eating, meaning you could probably have at least two and still have room for some After Eights too.
Good for - traditionalists with taste.
8/10

Looking somewhat squashed, these weren't the prettiest pies we tasted, however Gregg's did come up
trumps in the taste test - proving you should never judge a book by it's cover. Wider and flatter than the usual pie, they were filled right to the top with a good tasting, thin, crumbly and crisp pastry. The mince tasted like that what mother used to make; a sour tang, plenty of fruit and a nice after taste of spice.
Good for - passing off as your own (shock! Who would dare...?)
8/10 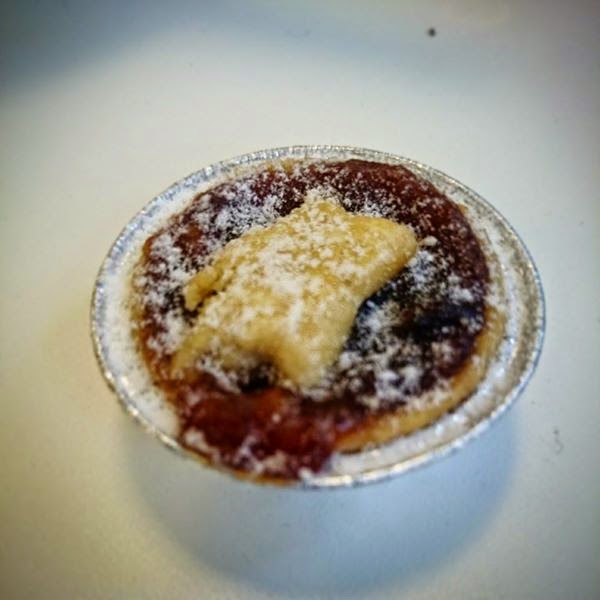 We tasted two sets of these mini tarts, mainly because the first pack seemed to have such terrible pastry we couldn't believe Booths would sell something like that. Luckily the second pack proved us right, the first pack had been undercooked. These mini-tarts don't have as tangy a filling as the Gregg's pies, but they make up for it with their sweetly spiced fudginess. The pastry (when it's cooked) is super thin (massive plus), super flaky and super buttery. Great little bite-sized morsels.
Good for - posh parties and those believing they can count calories at Christmas (and who then eat the whole pack of these).
8/10

*I have been tasting mince pies since November. I never want to eat a mince pie again.

Please note, no Supermarket or PR company sent me these mince pies. All purchased by myself and tested in an office of ten people.